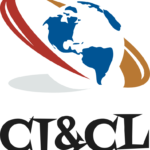 London – The 2nd Cross Border Corporate Insolvency and Commercial Law Conference (CI&CL Conference) took place on 27 April 2018 at the City University of London. Our Lorenzo Fabro was among the speakers with a speech on “Cross-Border Insolvency and Charter Parties: a recent decision of the EU Court of Justice”.

Lorenzo Fabro analyzed and commented the  decision issued by the EUCJ on 08 June 2017 in the case C-54/2016 between Vinlys Italia Spa in bankruptcy v. Mediterranea di Navigazione Spa in response to a request for preliminary ruling made by the Venice Court about the interpretation of Article 13 of Regulation 1346/2000 on insolvency proceedings (now substituted by the recast Regulation 848/2015) and its relationship with the application of the Regulation “Rome I”, in particular in a case where both parties are registered in the same Member State and chose the law of a different Member State as governing law of a C/P. The request for preliminary ruling was made within the action brought by the charterers pursuant to art. 67 of Italian Bankruptcy Law to set certain transactions aside and for the repayment by the owners of 2 rates of hire paid by charterers to owners in the six months preceding the declaration of insolvency. On the contrary, owners objected that the payments were made under a contract governed by English law and that therefore, according to said law, which they claimed was conclusive pursuant to Art. 13 of Reg. 1346/2000, the contested payments could not be challenged.

The decision was particularly relevant, both from the cross border insolvency and the private international law points of view, since the EU Court of Justice in particular stated that the provisions of art. 13 of Reg. 1346/2000 may be validly relied upon (and therefore the provisions of the lex fori concursus about setting aside payments do not apply) also where the parties to a contract, who have their head offices in a single Member State on whose territory all the other elements relevant to the situation in question are located, have designated the law of another Member State as the law applicable to that contract, provided that those parties did not choose that law for abusive or fraudulent ends. Thus protecting the legitimate expectations of shipowners stipulating charterparties and allowing them to rely on the provisions of a law of a different Member State agreed by the parties in case a claw-back action is commenced by the insolvent charterers and according to said law there is no basis for the administrators or receivers to recover some payments. This irrespective of the eventual knowledge by owners about the financial situation of charterers.