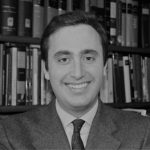 He graduated with honours in the University of Genoa and spent a practice period at the law firm Bonelli Erede Pappalardo. Subsequently went to London and Malta for internship periods at some of the outstanding lawfirms with practice in maritime and international law.
He subsequently attended at the Gard Academy for a course in insurance and P&I and then obtained a Master in Maritime Insurance and Transport at the University of Genoa.
He joined Studio Legale Berlingieri in 2010 and became a partner of the firm in 2016.
He is a member of the Italian Maritime Law Association, of the Propeller Club Port of Genoa and of Young Ship Italia.
He is a member of the Editorial Board of the Journal “Il Diritto Marittimo” and of the International Working Group of the Comité Maritime International on Ship Finance and Security Practice.
Areas of principal interest: maritime contracts, ship financing, building and sale of ships and yachts, bareboat charter registration, registration and deregistration of ships and pleasure craft, arrest of ships and recovery of claims, salvage and maritime accidents.