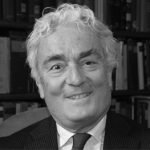 After getting a diploma as Ocean Sea Master at the Nautical Institute of Camogli, he performed his military service at the Naval Academy of Leghorn,  and served on merchant ships as deck officer. He graduated in law at the Genoa University in 1979, with a thesis on comparative Italian and English law on carriage of goods and qualified as lawyer in 1981. He is a member of the Italian Association of Maritime Law.
Areas of principal interest: disputes in commercial matters (in particular on purchase and sale of raw materials) and maritime matters, including cargo claims, arrest and salvage of ships, recovery of claims, registration of ships, land and multimodal carriage, enforcement of foreign judgments, bankruptcy and insolvency proceedings.
He practices sailing and sail races, is member of the Italian Naval League and has been responsible of the  sailing section at the Leghorn Naval Academy.